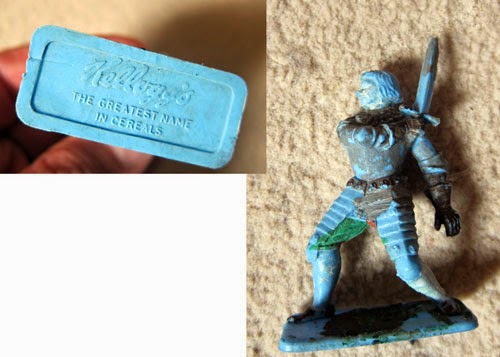 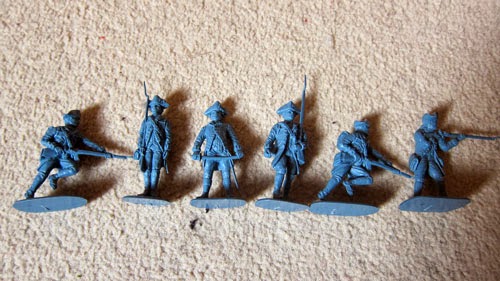 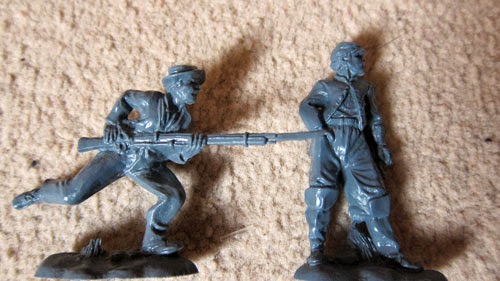 Name those figures. I think the lower two may be Call of Arms but the Kellogs one defies my internet research. Looks a bit like Prince Valiant. Any ideas? They are all 1/32ish.

They were 10 p each so no complaints from me!

EDIT: According to this the top 'kellogs' figure is 'Prince Swinging sword' so a Prince Valiant rip-off
The others are 'Accurate' American War of Independence British and the bottom two are Replicants confederates (also released by Marxmen and A Call to Arms). Thanks to the experts at Benno's!