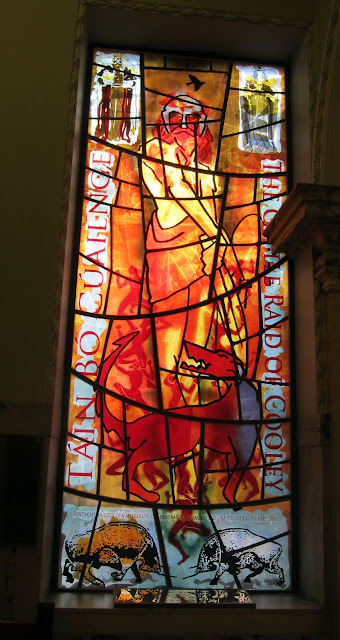 My inspiration for this post comes from the magnificent image above which I found in Belfast City Hall.

"At the age of seventeen he defended Ulster single-handedly against the armies of queen Medb of Connacht in the epic Táin Bó Cúailnge ("Cattle Raid of Cooley"). It was prophesied that his great deeds would give him everlasting fame, but that his life would be a short one. For this reason he is compared to the Greek hero Achilles. He is known for his terrifying battle frenzy, or ríastrad (translated by Thomas Kinsella as "warp spasm" and by Ciaran Carson as "torque), in which he becomes an unrecognisable monster who knows neither friend nor foe" From wikipedia 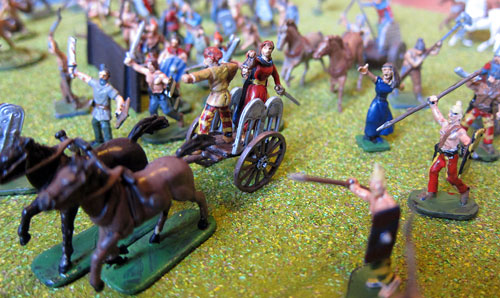 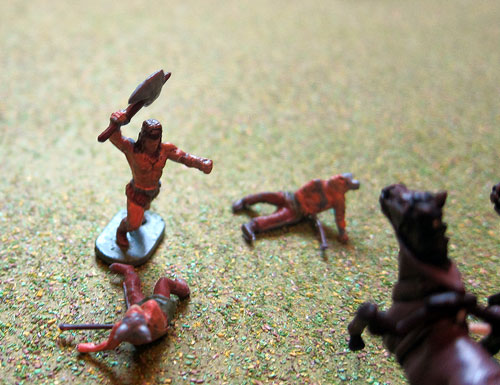 Posted by Alister at 9:48 AM No comments: